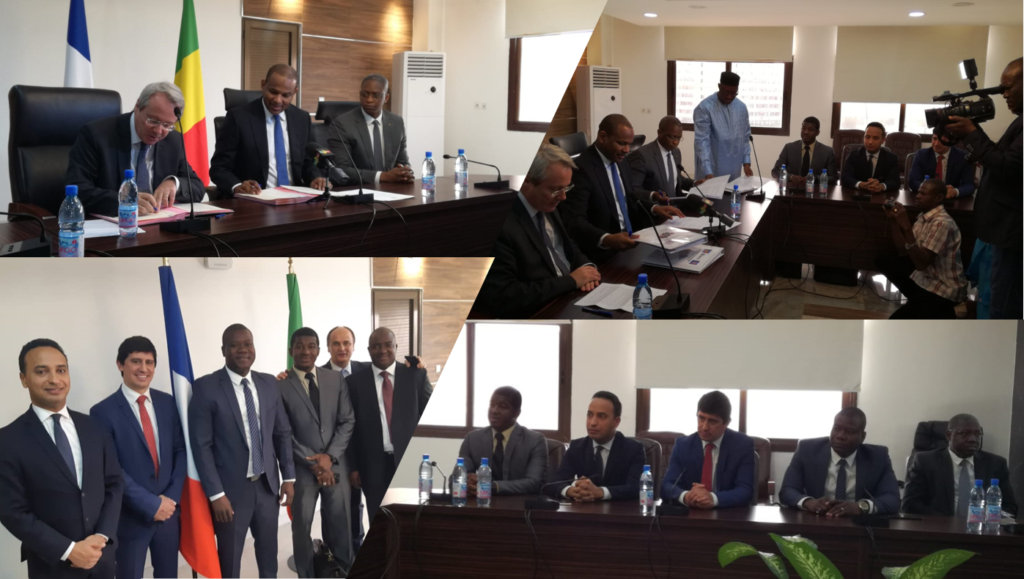 Thomson Broadcast formalizes its implantation in the Republic of Mali

December 20, 2018 – Four months after its acquisition by Groupe Sipromad – Thomson Broadcast has finalized the signature of its first major international contract.

Following a signed protocol agreement in June 2018, Thomson Broadcast - in partnership with Camusat – formalized its engagement with the Malian government through a signed contract for the deployment of a nationwide, end to end Digital Terrestrial Television (DTT) turnkey roll out.

This major development project by the Malian government will provide its population with greater opportunities in multimedia services. With an improvement in higher quality images and a wide selection of educational and cultural programming, the Malian public will indeed benefit from this latest project.

Furthermore, this contract will contribute to a favorable ecosystem allowing for greater benefits to the Malian public in the development of private audiovisual sectors.

Phenixya, managing company for the development of radio and television activities under the Thomson Broadcast brand, allows the Sipromad group to pursue a strong cross-growth in an extension of its portfolio of activities.

“This contract formalizes our commitment to deploy digital television and radio networks and to provide quality support to our private and public operators. Thomson Broadcast confirms its expertise in the field of terrestrial television networks and its desire to reassure and strengthen the Malian government in this innovative project“ said Ylias Akbaraly, President of the Groupe Sipromad and Chairman of the Board of Thomson Broadcast.